The Constitution of Islamic Republic of Pakistan 1973 provides for the establishment of one or more Administrative Courts or Tribunal to exercise exclusive jurisdiction in respect of matters relating to the terms and conditions of persons who are or have been in the service of Pakistan including disciplinary matters.

Article 212 of the Constitution

(a) matters relating to the terms and conditions of persons who are or have been in the service of Pakistan including disciplinary matters;

(b) matters relating to claims arising from tortious acts of Government, or any person in the service of Pakistan, or of any local or other authority empowered by law to levy any tax or cess or any servant of such authority acting in the discharge of his duties as such servant; or

(c) matters relating to the acquisition, administration and disposal of any property which is deemed to be enemy property under any law.

(3)        An appeal to the Supreme Court from a judgment, decree, order or sentence of an Administrative Court or Tribunal shall lie only if the Supreme Court, being satisfied that the case involves a substantial question of law of public importance, grants leave to appeal.

(1)        The Governor may, by notification in the official Gazette, establish one or more Service Tribunals and, where there are established more than one Tribunal, the Governor shall specify in the notification the class or classes of civil servants in respect of whom or the territorial limits within which, each such Tribunal shall exercise jurisdiction under this Act.

(2)        A Tribunal shall have exclusive jurisdiction in respect of matter relating to the terms and conditions of service of civil servants, including disciplinary matters.

(a)   A Chairman being a person who is or has been, or is qualified to be Judge of High Court; and

(b)   four members, two of whom shall be from amongst District and Sessions Judges and two from amongst civil servants in BPS-20 and above.

(4)        The Chairman and members of a Tribunal shall be appointed by the Governor in consultation with the Chief Justice of the Peshawar High Court.

(5)        The Chairman or a member of a Tribunal may resign his office by writing under his hand addressed to the Governor.

(6)        The Chairman or a member of a Tribunal may be appointed by name or by designation. 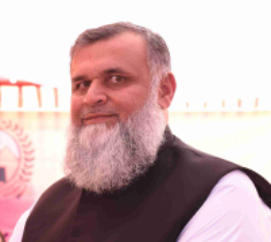